Depending on the size of the plane, pilots may have access to their own private bathroom.

Large planes will have a small private bathroom close to the cockpit where the passengers do not have access to or can see.

During this time, the co-pilot will take over whilst the pilot goes to the toilet. Long-haul flights will also feature a personal bathroom for the pilots to use. On small planes and short-haul flights, pilots will either use the regular passenger’s bathroom or they will not use it at all.

Pilots are used to holding their bladders for several hours at a time, so most of the time they won’t need to go. It’s also not recommended for pilots to use the passenger’s bathroom unless in serious cases because it can look concerning to passengers.

After all, they haven’t seen the co-pilot and the cockpit, so they won’t be sure as to who is driving the plane.

In some cases, pilots will bring their own personal bathrooms in the form of a bottle. Whilst not the most classy way to go to the bathroom, a bottle is a convenient way to get the job done.

Wherever the pilot goes to do their business, the plane will be flown by the co-pilot or autopilot setting.

Due to the nature of fighter planes - their size and the lack of stops for bathroom breaks - pilots will often wear or have access to forms of diapers.

The reason female fighter pilots are more likely to wear diapers is due to the way they use the toilet.

Where male fighter pilots can aim into a piddle pack funnel, women often find this a difficult and time-consuming task when they have bigger problems to face.

As diapers are a much more convenient way of going to the bathroom than anything else, most male fighter pilots will also wear diapers.

Piddle packs are less convenient and more awkward than diapers.

These are plastic packs that require partial undressing which converts the urine into a gel consistency, which is easier to dispose of - otherwise, you’re dealing with the potentially messy business of urine everywhere in the plane.

When it comes to convenience, diapers are commonly used by fighter pilots if they don’t feel comfortable using piddle packs or other methods of urination.

When nature calls, nothing is quite as convenient for pilots as diapers. They have much bigger things to focus on than going to the bathroom, after all.

Whether it’s for short-haul or long-haul flights, some pilots may opt for diapers over using their personal or the passenger’s bathroom.

One of the main reasons why pilots might wear diapers is if they don’t have a co-pilot.

Sure, they could put the plane into autopilot mode whilst they do their business in the bathroom, but some pilots may not feel comfortable leaving the cockpit unattended in cases of turbulence, for example.

Single pilots are much more likely to wear adult diapers than those who have a co-pilot on board because diapers mean they can kill two birds with one stone. No undressing, no leaving the cockpit, and no peeing of pants.

In most cases, however, pilots are more likely to use the bathroom. Unlike fighter pilots who don’t have access to a bathroom, pilots can mostly spare the time to use their personal or the passenger’s bathroom.

Using the bathroom or a diaper is a much less messy and more convenient way to empty the bowels than using a bottle or bag.

How do fighter pilots pee?

As fighter pilots do not have access to bathrooms, they have two options to choose between for when nature calls. One is an adult diaper, and the other is a piddle pack.

Female fighter pilots wear diapers the most, as diapers are convenient and don’t distract the pilot from more important matters at hand. Why not kill two birds with one stone by going to the bathroom whilst flying? 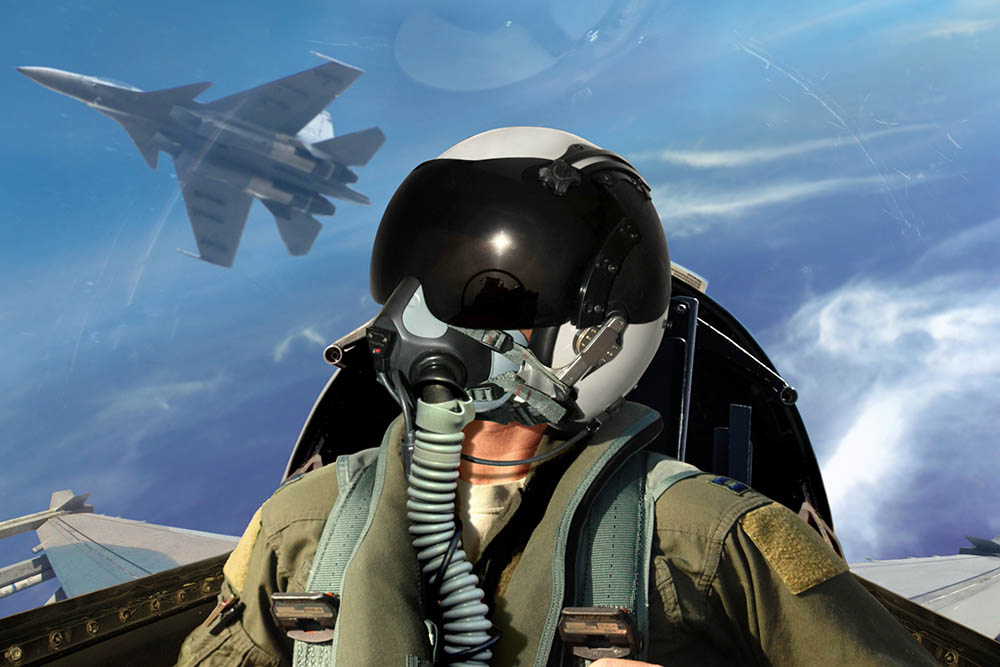 Piddle packs, as the name suggests, are plastic packs used to...piddle in.

These are great because they convert the urine into a gel substance, which is much easier to dispose of.

Also, if there is an accidental spillage, the fighter pilot won’t have to worry about wiping up liquid urine. However, piddle packs are slightly more fiddly to use as they do require partial undressing whilst simultaneously flying a plane.

Of course, fighter pilots have learned to hold their bladders for short-haul flights, but this can lead to extreme discomfort and even incontinence.

There are also other makeshift methods to pee that some pilots have adopted, but piddle packs and diapers are most commonly used.

How do pilots pee?

Pilots have access to at least one bathroom on a plane, which is the passenger’s bathroom. Long-haul flights on large planes will also offer a personal bathroom in the cockpit that the pilot can use.

These are the most convenient bathrooms because the pilot doesn’t have to leave the cockpit.

In serious cases, pilots will use the passenger’s bathroom.

This can often cause some discomfort amongst the passengers because they might become anxious that nobody is flying the plane. In these situations, the co-pilot will take over, or the pilot will put the plane into autopilot mode.

It gets slightly more tricky with solo pilots. Say a pilot is flying through some turbulence and doesn’t have a co-pilot by their side to fly the plane, but they are bursting to pee.

In these cases, some pilots will opt for an adult diaper or a piddle pack. These are mostly used by fighter pilots who don’t have access to a bathroom, but you gotta do what you gotta do.

Piddle packs work to collect the urine through a tube, which then converts the liquid into a gel for disposal. These do require partial undressing, however, which can be a bit complicated.